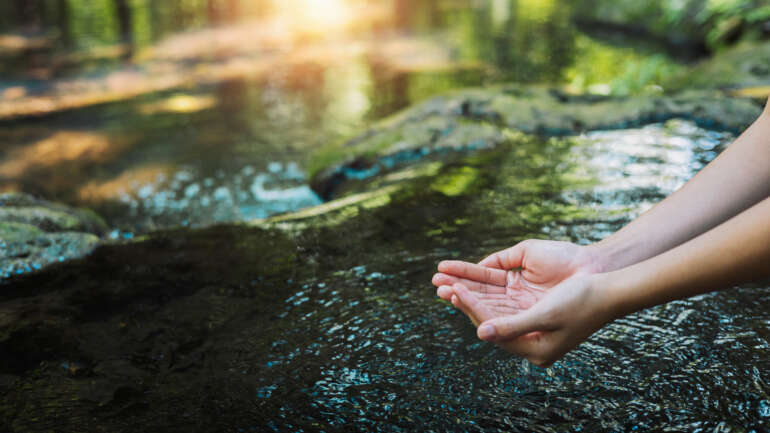 The Ripple Effect of Change and Development!

“But it’s the system that’s at fault”

Seeing people remain stuck in their past, holding onto negative beliefs that do not serve them, allowing the past to define them, whilst remaining sad, frustrated and angry at the system and for that matter the world… is something that dismays me.

Seeing people change, develop, grow and experience progression, wealth and success in their career and life is such a magnificent thing! It is absolutely inspiring.

When I (Christine) work with coaching clients here at WALT Institute, I get to work with a range of people who have either of these mindsets.

There are many faults, defects and blunders we can choose to focus on or we can choose, as Ghandi once stated, to “Be the change you want to see in the world”.

You and I might not be able to change the world as we know it, in one big optimistic swoop. However, we can make great changes within ourselves. This change can have a massive ripple effect around us, within our teams, family, colleagues, community, the system, organisation and further if we desire.

Our conscious, purposeful, and intentional decision to embrace the ‘Game-changing Ripple Effect of Development’ in the face of dysfunctional, flawed, inconsistent actions, can and does create a force for good around us.

So, what can we do today to begin this ripple effect for good?

These three quick techniques can have a massive impact on those around you. They are easy, simple and definitely do not take much of your valuable time! Sounds like a win-win-win situation already!

👉 Notice Others Around You – say thank you, share a smile, make eye contact, listen with the intent to hear, be fully present with others, help people out, be a people person. We are social beings and we function so much better when we have honest connections.

👉 Be Open-Minded and Aware – remember everyone has their own experiences, beliefs and values. Things are not necessarily right or wrong, just different! We are all travelling through life, juggling a million and one other things and have different responsibilities, hopes and dreams… sometimes it gets challenging.

👉 Be Truly Authentic– saying one thing and doing another is, so not cool. Be your true Authentic self. Say what you mean and mean what you say. Follow through with consistent action. Discover who you truly are on the inside, not what someone else says you ‘should’ be. Life is easier when we are truly Authentic.

These three techniques can be implemented daily to begin a massive, game-changing ripple effect of change and development. One small act of sincere, authentic, awareness to notice your fellow human could be the best moment in their day.

Be the person that begins the ripple effect for good!