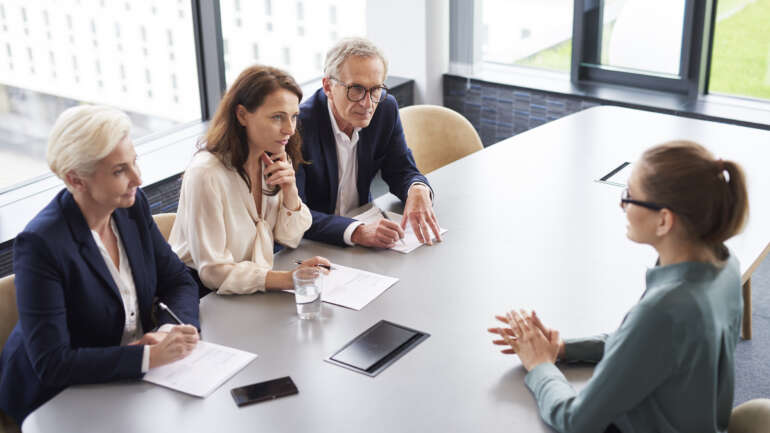 People who are thriving and flourishing in their life and career have experienced colossal amounts of rejection. Being declined, denied, or dismissed is part and parcel of following one’s passion and maintaining a strong focus to accomplish greatness!

There really is no other human fear quite like that of being rejected. When we are declined, denied, or dismissed it hurts! It never feels good, at the time.

What is often misunderstood about rejection is that it is temporary!

Sooner or later the intensity of the hurt reduces, as long as we are not too busy licking our wounds. We can take up the opportunity to learn the lesson and keep moving forward to discover the actual ‘thing’ we really want.

The truth is, rejection says far more about the person rejecting, than it does about the person who feels rejected. The rejector has made a decision or said something, based on their values, assumptions, experiences, beliefs and unconscious biases. That is all the decision is, and we have placed a meaning of ‘rejection’ on the outcome.

Remember the only meaning anything has, is the meaning we give it.

Rejection is the price we pay for having ambition.

The more you put yourself out there, the greater the odds you’ll create the exact opportunity you’ve been working towards.

When putting yourself out there and following your passion, no matter what, you are seen by more people and we all know there are people who just don’t like us or our ideas anyway.

Did you know, there are people who just don’t like mangoes too…  you could have the most delicious, perfect mangoes ever grown, but there will still be people who will reject them, because they just do not like mangoes.

Is the situation a rejection or a saving grace?

Is it a rejection or a moment to receive something greater?

What Opportunity Does Rejection Provide For Us?

The opportunity to expand ourselves – not what we want to hear straight after a rejection, however it is a moment to learn and grow from, going forward.

The opportunity to prove others wrong – there are people who will reject you or your ideas regardless of how good you are. Go ahead and do it anyway. I dare you! How good will it feel to do the very thing ‘they’ told you, you couldn’t do?

The opportunity for something better – the door that just got slammed in your face today, will open up a very styley door tomorrow and provide you with much better opportunities, if you look for them.

I invite you to stop making rejection mean anything about your worth and make it much more about the opportunities and possibilities that await you.

I dare you to risk being rejected more often! Expand your possibilities for greatness and rise even higher!

Why Changing The System Is Easier Than I First Thought

3 Steps To Create A Culture That Has Clarity Around Values